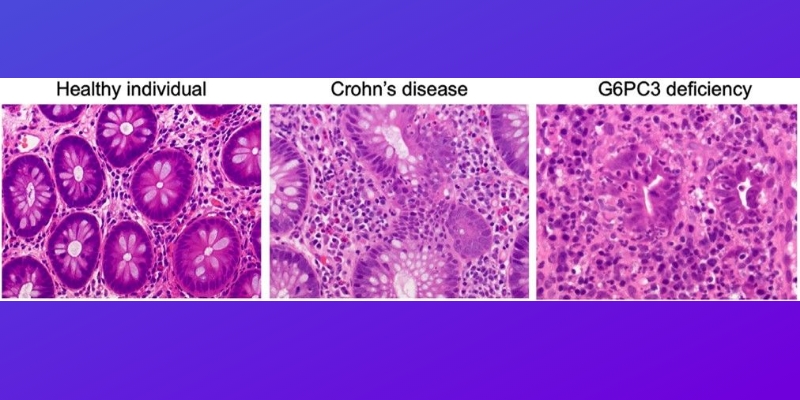 Researchers from the Royal Manchester Children’s Hospital, UK, have identified an effective therapeutic option for patients with G6PC3 deficiency-associated IBD refractory to immunosuppressants.

The digestive tract comprises the mouth, esophagus, stomach, small intestine, and large intestine. It’s responsible for breaking down food, extracting the nutrients, and removing any unusable material and waste products.

Inflammation anywhere along the digestive tract disrupts this normal process. IBD can be very painful and disruptive, and in some cases, it may even be life-threatening.

IBD can have a genetic component. For example, IBD can be associate with severe congenital neutropenia (SCN) caused by glucose-6-phosphatase catalytic subunit 3 (G6PC3) deficiency. It is a rare disease, and gastrointestinal symptoms are more severe in patients with genotypes predicted to be more deleterious.

Biallelic loss-of-function variants cause G6PC3 deficiency in G6PC3, which encodes glucose-6-phosphatase-𝛽 (G6Pase-𝛽), a ubiquitously expressed enzyme that regulates cytoplasmic glucose availability through hydrolysis of glucose-6-phosphate during glycolysis and glycogenolysis. G6PC3 deficiency results in neutropenia because neutrophils are highly dependent on glycolysis as an energy source.

The group from Royal Manchester Children’s Hospital described four children with G6PC3 deficiency-associated IBD and neutrophil dysfunction characterized by excessive pro-inflammatory mediators and increased necrosis. They have reported that hematopoietic stem cell transplant (HSCT) performed in 3 children led to normalization of neutrophil function and remission of IBD. Thus, it should be considered a therapeutic option for refractory G6PC3 deficiency associated with IBD.